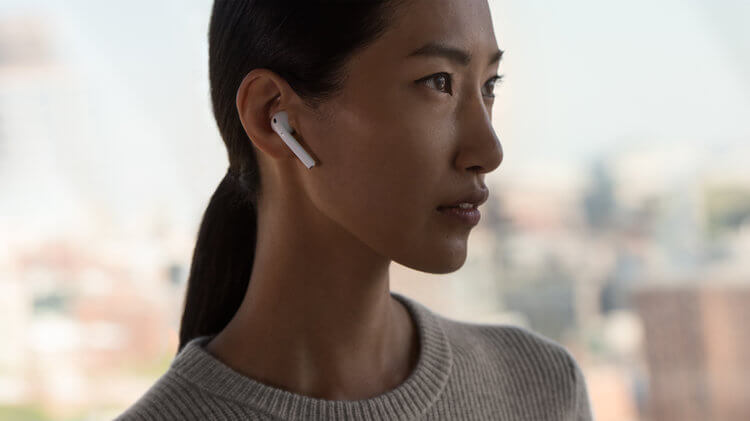 When Apple announced its AirPods last year, initially critics were skeptical of the wireless earbuds’ design — seemingly easy to lose and reminiscent of Q-tips or cigarette butts. Yet, aesthetics aside, the tiny protruding cylinders have become an increasingly prevalent accessory in recent months. Apple recently revealed its wearables revenue — from the Apple Watch, Beats headphones, and AirPods — rose 50 percent last quarter.

From Fitbits and smart watches to monitors for seniors and babies, humans are growing more comfortable wearing their tech. According to a recent study by Juniper Research, 224 million connected wearable devices will be shipped this year, and that figure is forecasted to reach 350 million by 2020. While the growth of wrist-based wearables is expected to slow, the industry is looking toward smart clothing and software-driven revenue, such as monthly subscription fees, to sustain growth.

Let’s take a look at some of the latest trends in connected wearable devices that are increasingly part of our daily lives:

The race to build the first popular AR headset is increasingly crowded. While rumors swirl that Apple is working on a wireless headset that will run both augmented reality (AR) and virtual reality (VR), it’s late to the hardware game. Key players like Oculus, HTC, Microsoft, Google, and Samsung (also reportedly developing wireless AR/VR headsets) have already spent years bringing immersive tech into the mainstream. Bose announced sound-based AR glasses earlier this year, piping in audio based on users’ location, gesture, even eye movement. And secretive start-up Magic Leap is expected to release standalone mixed-reality goggles later this year, but we still don’t know when, or how much they’ll cost.

Gaming is the leading use case for VR headsets, but AR, which overlays information on the real world, is making inroads in business and education. Toshiba’s future IT landscape survey found 82 percent of enterprises predict they will use AR smart glasses in the next three years. We previously looked at DHL’s Vision Picking smart glasses for hands-free order picking instruction, and warehouse operations are quickly becoming a popular use case for the tech. And while Google Glass fell flat with consumers, its Enterprise Edition is finding more success, with clients such as General Electric using the glasses to display instructions, live stream conditions in the field, access training videos, request assistance, and more. 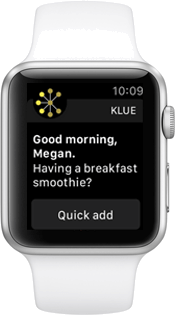 Google and Fitbit recently announced a partnership to connect patient-generated health data from the popular wearable devices to patients’ medical records leveraging the Google Cloud API. While it’s not clear yet what data will be shared and how, the collaboration could potentially provide doctors with up-to-date patient information and help patient-doctor teams better manage chronic diseases.

Behavior tracking startup Klue just announced a new wearable nutrition tracker that uses AI to track how much consumers are eating and drinking, and offer personalized suggestions to encourage healthier eating and hyrdation. By tracking wrist movements, Klue’s Mindful Eating Messenger knows when, how quickly, and how much a person consumes.

In the UK, recently-launched fitness wearable Fiit is being dubbed the “Netflix for workouts” for its combination of on-demand videos, mobile app, and a fitness tracking chest belt. Users can see live updates of their heart rates on their TV screens as they progress through trainer-led workouts. Similar to a gym membership, users pay a subscription fee for the service.

Juniper’s study predicts the connected clothing sector is going to be the fastest growing wearable sector, regarding shipments, over the next two years, clocking in 102% compound annual growth rate (CAGR) driven by developments in conductive fabric and suitable software. While it’s still early for mass market appeal, some innovative companies driving adoption include Sensoria, OMsignal, and Hexoskin. While biometric monitoring for sports and wellness will be pushed by the likes of Under Armour, Nike, and Adidas, smart clothing for the enterprise is also expected to emerge.

Applications include connected vests and jackets, helmets, face masks, and belts that monitor conditions such as workers’ health, location, temperature, the presence of chemicals, and fatigue levels. Smart wearables can even alert managers if workers are in trouble. When an incident occurs, it’s automatically documented, and data from combined incidents can be collected and extracted into dashboards to help identify risk trends and avoid future accidents.

Wearable technology can improve worker safety and comfort while also increasing productivity, and therefore profitability, of businesses. Whether connected socks and AirPods catch on or not, one thing is clear — wearable tech is no longer just smartwatches and fitness trackers.