Computer vision, robots, and sensors are monitoring the store and the supply chain. Are consumers ok with this? 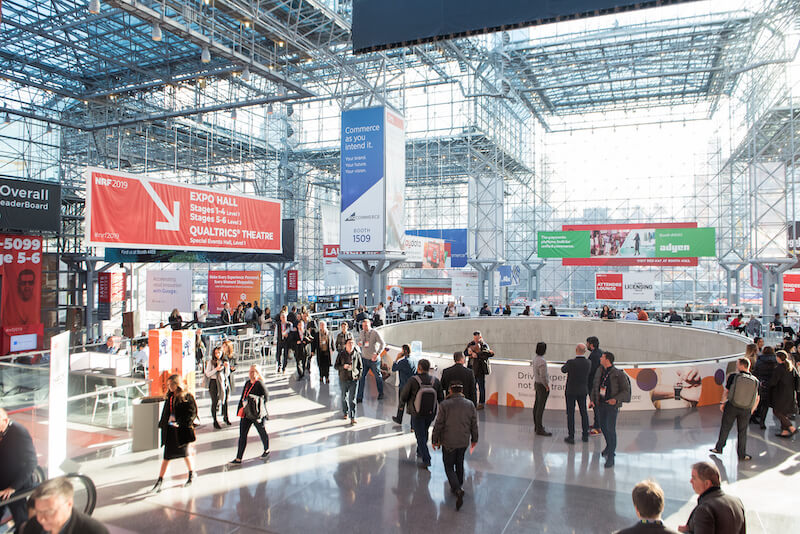 Members of Mission Data’s team recently attended the NRF Big Show 2019 in New York City to scout the newest tech in retail. While we caught up with clients and partners such as Kroger, we were also curious to see which trends brick-and-mortar leaders are gravitating toward given retail’s bumpy-but-encouraging 2018. We found that this year’s retail trade show revolved around the customer experience, and the key to making that experience as frictionless as possible: data.

Moving beyond the “evolve-or-die” hype, retail’s digital transformation journey is well underway. Studies suggest that retailers are ramping up adoption of new technologies. According to a new report from IBM, 85 percent of retail companies surveyed plan to use intelligent automation for supply chain planning by 2021. Furthermore, the retail industry ranked first in AI spending with $3.4 billion invested in 2018, topping the $3.3 billion spent by the banking industry, according to Coresight Research. AI is touching every part of the retail ecosystem, from shopper communication to supply chain optimization.

Although grocery and foodservice are not the focus at NRF, leading supermarket chains made a splash at the show by announcing new customer-facing and operations-facing tech. And with the influence of Alibaba and China’s adoption of cashless tech, it’s clear that retail is moving into more intelligent solutions, some of which border on a Big Brother-level of surveillance.

Eyes on the Store with Video Analytics

Out-of-stocks continue to be a major issue for retailers, especially in big format stores, which often have the items in the back room but do not know there is depletion on the shelf. Most rely on worker observation and/or indirect Point of Sale (PoS) data, potentially losing out on thousands of dollars in sales. Now with startups such as Trax bringing smart cameras to shelves and in coolers, stores are tracking inventory movement in real-time.

Trax installs mini, battery-operated cameras at shelf level which send eight images an hour to a cloud platform (the company says it deletes images with human faces), and insights are sent to store associates. In the U.K., Trax worked with Tesco, the world’s third largest retailer, and based on results, a pilot is expanding from two stores to several more this year. A number of startups are deploying camera-based inventory tracking, and Chicago-based Cooler Screens Inc. is taking the tech a few steps further by adding embedded sensors and digital screens. Cameras and sensors inside the coolers use face-detection technology to gather information about shoppers’ perceived age, gender, and other variables to display targeted ads and messages on door-sized digital screens. Walgreens Boots Alliance announced they are piloting the tech in Chicago and will expand to five more stores across the U.S. by the end of January 2019. The company says it only produces and stores anonymous metadata that describes the size and demographics of an audience, and doesn’t store or transmit image data or unique identifying information about shoppers. Even so, Walgreens to the initiative to post privacy notices and station a “concierge” nearby to answer any questions. 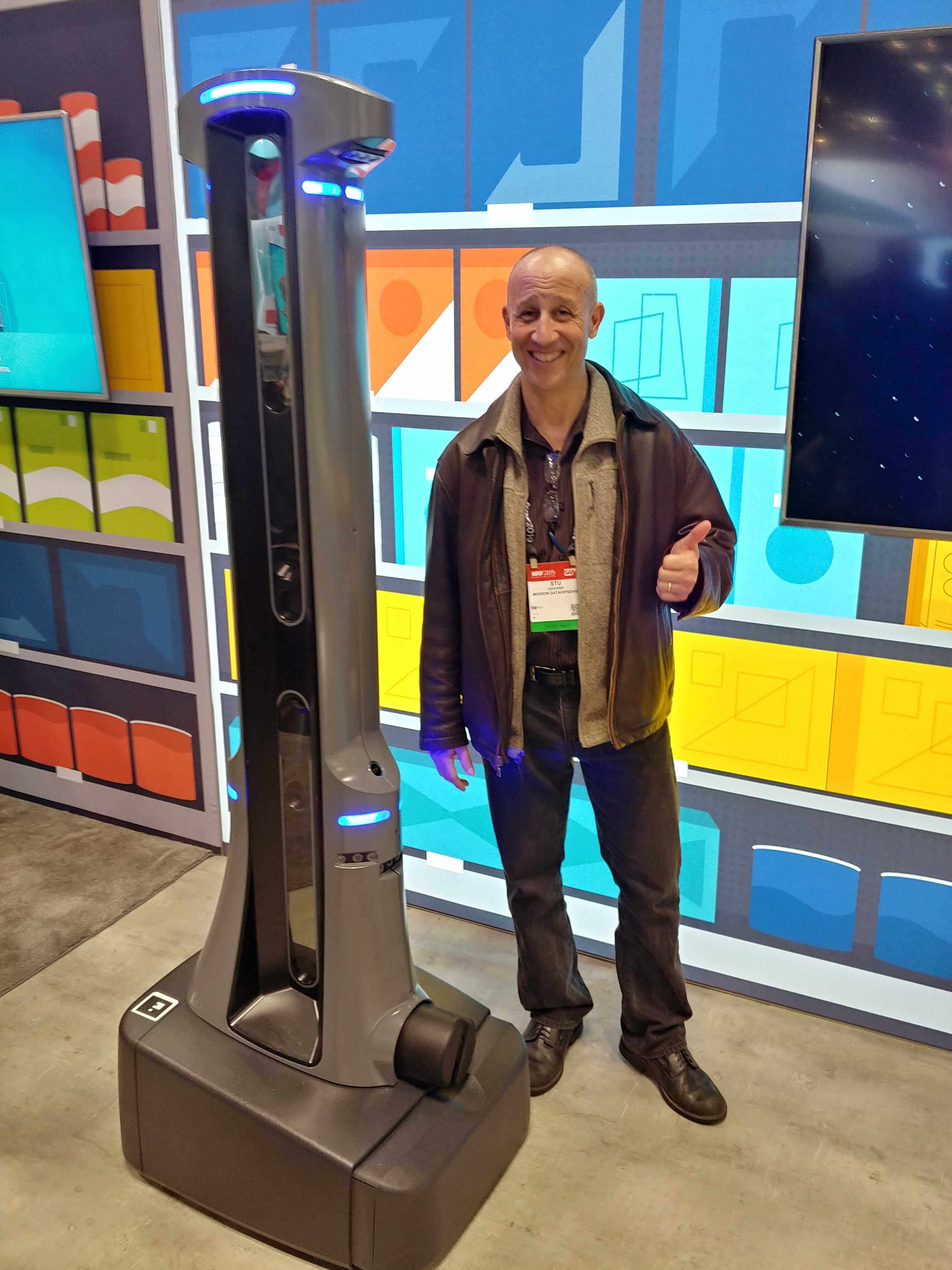 One of the bigger announcements at NRF came when Nick Bertram, president at Giant Foods, revealed that the supermarket chain is rolling out “Marty,” a six-foot roving robot, to all of its 172 stores. Part of a deployment of nearly 500 robots to Ahold Delhaize-owned Giant Foods, Martin’s, and Stop & Shop, the news is considered the largest rollout of retail robots in the world, to date.

With googly eyes meant to put customers at ease, Marty, manufactured by Badger Technologies, scans shelf stocks and can identify spills and other aisle hazards. The robots provide reporting to alert store employees to take corrective actions. To alleviate employees’ fears that Marty might replace them, Giant worked to educate associates on understanding robotics’ role in reducing redundant and mundane tasks in order to help them “really focus on exceptional customer engagement,” said Bertram.

The deployment is just the latest among big retail’s trend toward in-store robotics. Walmart, Target, Lowe’s, Best Buy, and Schnucks grocery chain are some of the leading brick-and-mortar companies testing robots that scan shelves for out-of-stocks. Of course, the real advantage of these robots is in the data they collect. By analyzing massive amounts of data, such as item popularity at a certain time of day or in a particular shelf location, retailers can gain e-commerce level insights into customer behavior and product trends. 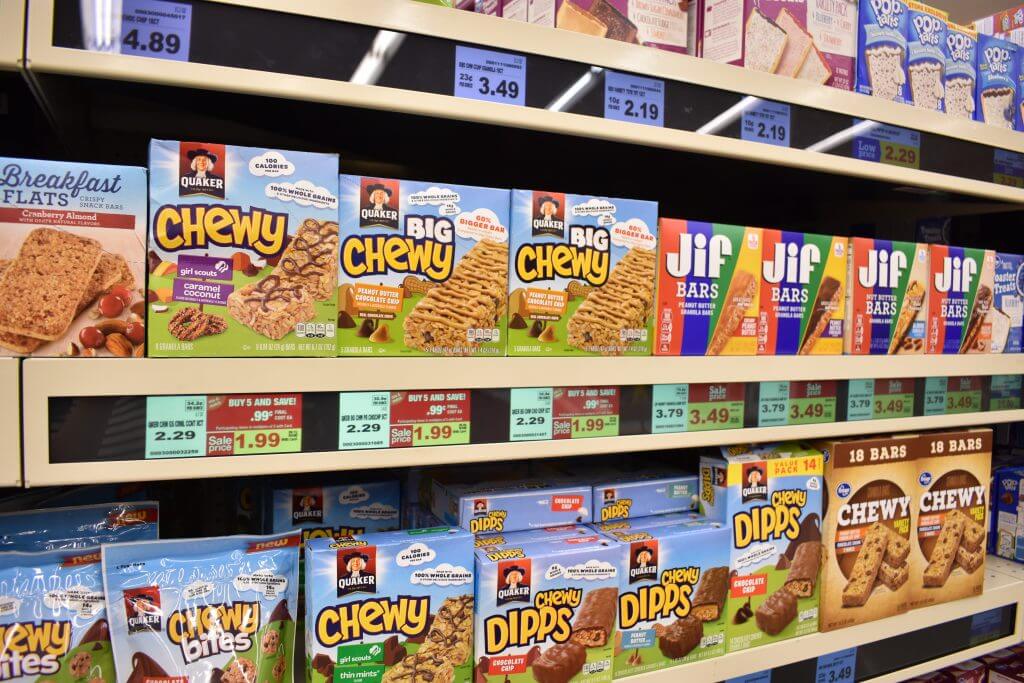 Kroger has partnered with Microsoft to bring its EDGE shelves to other chains.

Smart Shelves for the Masses

Last year, we noted that Kroger announced a nationwide roll-out of its smart shelves at NRF. This year, the leading grocery retailer announced a partnership with Microsoft to bring its connected shelf solution to even more places. The partnership between Kroger and Microsoft involves two pilot stores in Ohio and Washington touting a concept of RaaS (“Retail as a Service.” The platform combines numerous technology enhancements, including Scan, Bag, Go a new “guided shopping” feature that identifies shopping list items on store shelves.

As we’ve previously mentioned, Mission Data is a longtime research and development partner with Kroger, and we helped develop the technology behind its Enhanced Display for Grocery Environments (EDGE) shelving. The fully-integrated Internet of Things (IoT) solution automates pricing changes and can also display promotional images and video, coupons, and nutrition information. (See our case study here.) 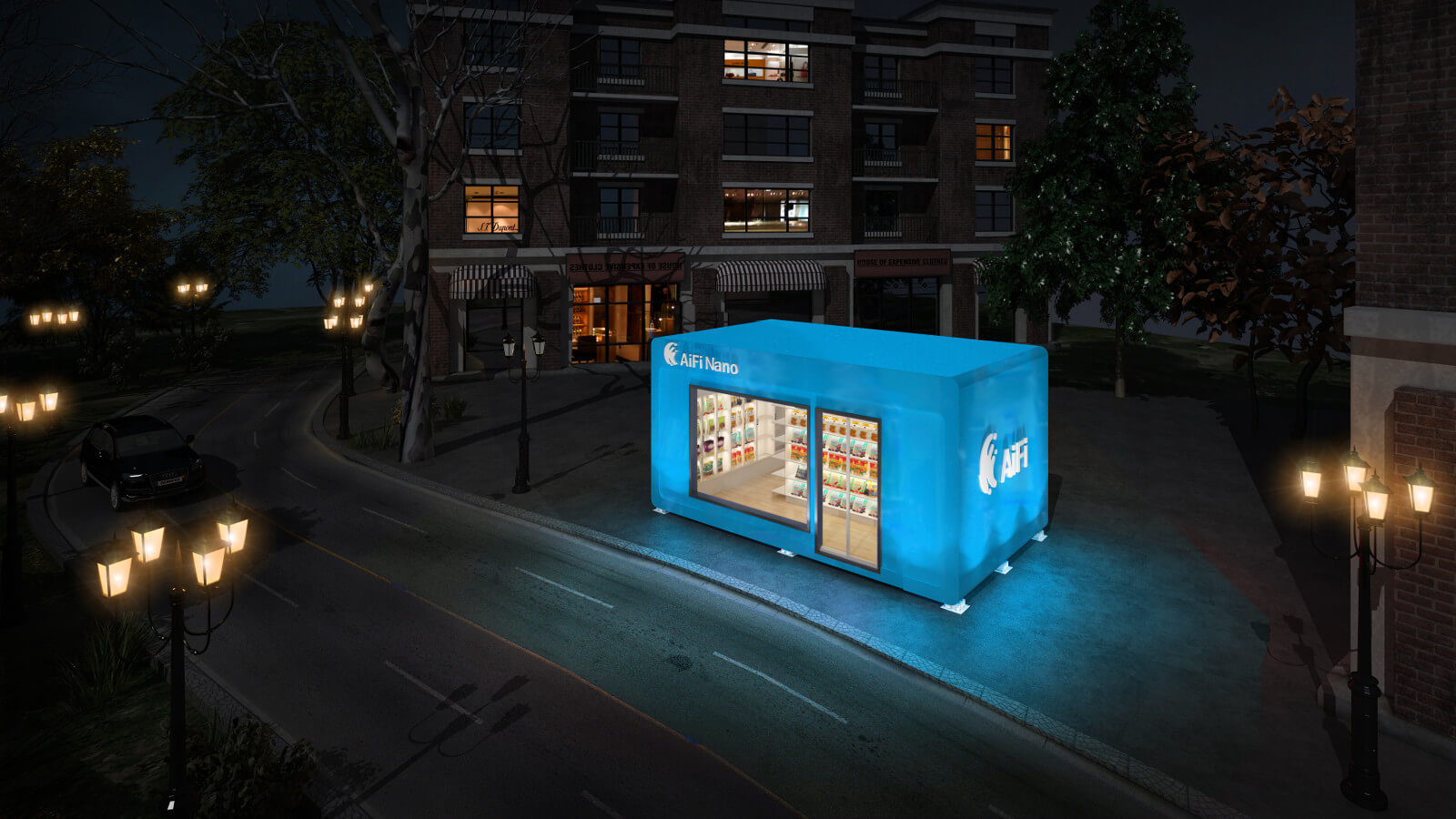 U.S. startup Aifi unveiled its NanoStore, pitched as the world’s first plug-and-play, 24/7, automated cashierless convenience store. The tiny storefront, which measures just 160 square feet in its smallest configuration, boasts a bevvy of sensors, AI, and cameras to enable a truly grab-and-go experience. When customers are ready to checkout, they simply confirm their items in a mobile app as they walk out. The white label solution can be customized with branding, layout, and item selection.

With nine Amazon Go stores operating around the country and Amazon’s plans for 3,000 stores in three years worldwide, it’s no surprise that a number of cashierless retail startups — Standard Cognition, Zippin, and Aipoly, to name a few — are jostling for prominence. Also at the show, China’s Alibaba demonstrated several features from Hema (now rebranded as Freshippo), a chain of cashless grocery stores where each item can be scanned by smartphone. Their booth displayed AI-driven robot waiters, conveyor belt order fulfillment, and kiosks that use Alipay’s facial recognition-based payment.

Sensors and the data that they create are crucial to improving both retail supply chain and shopper experiences. Retailers want to know where people and products are going and how they are behaving or performing, and that real-time data can be used with AI to apply new efficiencies. But with this data influx comes a number of concerns around how to use and secure it. Given the requirements of the California Consumer Privacy Act and GDPR, it’s critical to consider that not every consumer wants their personal data collected and tracked. As automated solutions monitor human movement, gestures, voice, physical appearance, and more, finding the balance between collecting enough customer data to be innovative and maintaining consumer trust is something many retail companies are still working on.