To compete with evolving consumer tastes, supermarkets are stocking up on tech 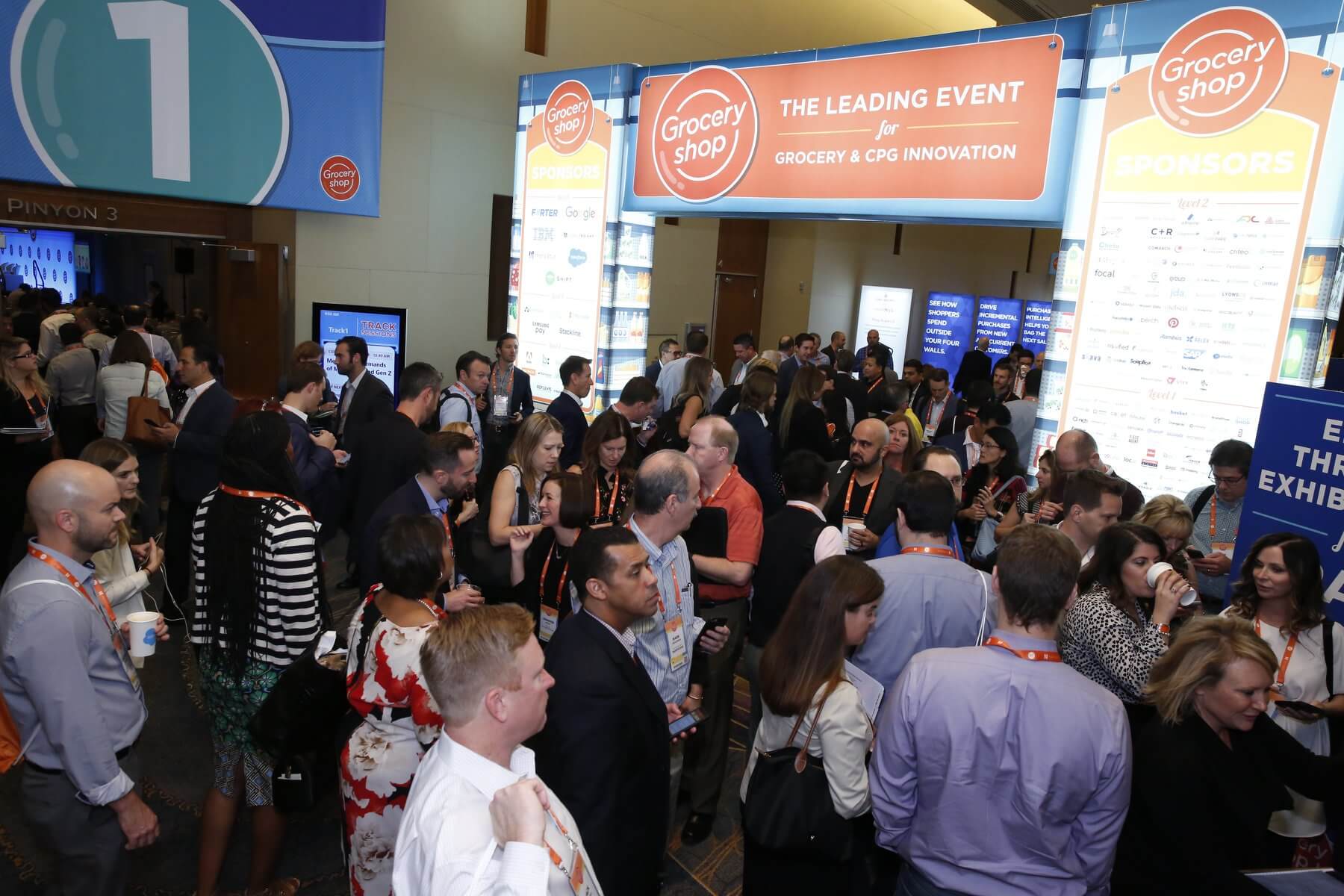 Last month, the grocery and CPG industries came together in Las Vegas for Groceryshop, a spinoff of the Shoptalk retail conference. Content focused on the intersection of food retail and tech, with buzzworthy sessions diving into robotics, personalization, and in-store experience. One clear takeaway from the event was that when it comes to adopting new technologies, the $650 billion grocery industry is rapidly playing catch-up.

Mission Data was a sponsor at the inaugural show, which drew 2,200 attendees. For more than a decade, we’ve been working on innovative solutions to improve customer experiences and workforce efficiencies for grocery and CPG clients. There’s been a remarkable shift, just within this past year, as the industry as a whole is now responding to digital transformation and shifting consumer preferences at a rapid pace.

For years, the grocery sector was known for lagging behind other retailers in adopting emerging tech. That tune changed in June 2017 when Amazon announced its purchase of Whole Foods. Venture-capital firms have invested more than $1.2 billion in grocery technology this year, according to PitchBook, a financial-market data provider—double the total for 2017.

And just where is all of that investment going? We discovered four main themes at the show:

The atmosphere throughout the conference was that the game has drastically changed. The Amazon-Whole Foods wake up call is forcing grocery businesses to evolve and catch up with the rest of retail. E-commerce is expanding rapidly, and the pressure to compete with Amazon’s same-day (and in urban markets, same-hour) delivery is accelerating transformation.

“The number-one reason shoppers use grocery apps is to save time. Everything we hear from customers is that they want to save time.”

KPMG recently published a study showing that close to half (48%) of US grocery shoppers currently purchase at least some of their groceries online, while 59% intend to in 2019. Those who plan to do 40% or more of their grocery shopping online make up the fastest-growing segment—from 17% in 2018 to 25% in 2019. To meet demand, grocery chains are offering more omnichannel options, like pick-up points in-store, drive-through, and curbside, as well as through third parties such as Instacart.

No longer a nice to have, robots have arrived at the warehouse for the grocery sector, as discussions focused on how automation will lower operations costs. Albertsons announced the chain is partnering with Takeoff Technologies to deploy AI-driven “micro-fulfillment centers” to better manage e-commerce. Having recently partnered with Instacart, Albertsons is just one of many supermarket chains promising same-day delivery. Boxed, Kroger, and Ocado also emphasized how robotics is boosting efficiencies in the warehouse.

More automation is also appearing in-store, as Schnucks announced it has partnered with Tally to bring robotic shelf-scanning to 15 stores before this year’s end. The robots travel the entire store three times daily, alerting employees of out-of-stocks as well as gathering intelligence for inventory optimization.

Of course, no conversation on automated stores is complete without mentioning the Amazon Go concept, which uses computer vision and machine learning. According to Bloomberg, Amazon Go could expand to 3,000 stores by 2021. For grocery stores, which offer thousands of similar-looking products and a higher degree of complexity, cashierless is not a likely solution. However, as less expensive concepts roll out, like Standard Cognition, which retrofits stores with less than 30 cameras, it’s not hard to imagine limited use cases, such as a grab-and-go area near the front of the store. 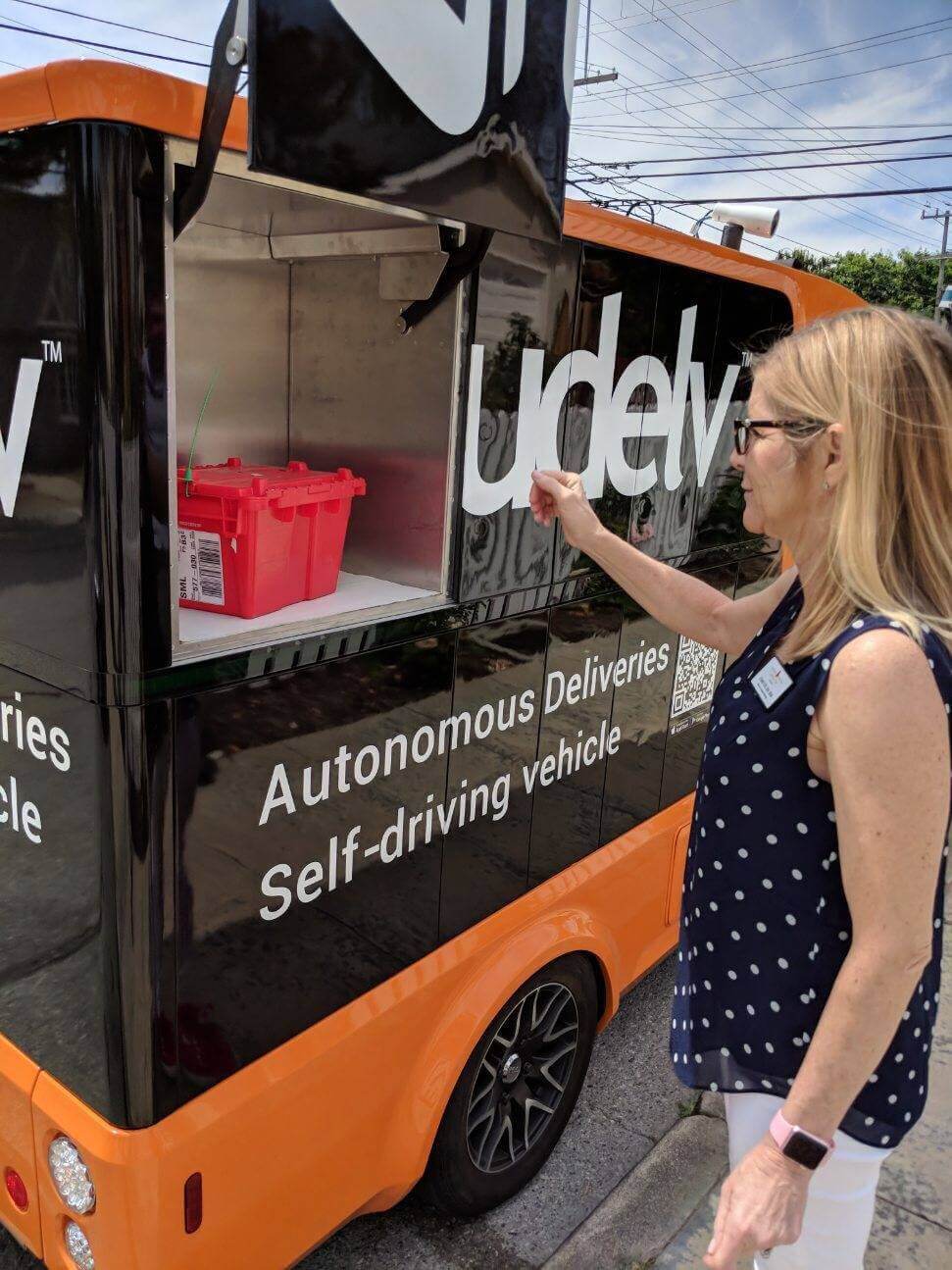 And from what we saw at Groceryshop, driverless delivery is also not far behind. Farmstead, an online grocery startup built nearly entirely with artificial intelligence, announced a driverless delivery pilot with Udelv. For customers that opt into the pilot in the Bay Area, the service sends a message that a driverless van is parked outside with their groceries. (By California law, a human co-pilot is also inside the vehicle.) At the press of a button, the van doors open and the customer’s groceries pop out of an insulated compartment. While UDelv is only rolling out two test vans at the moment, a fleet of 100 is in production for 2019.

Consumers’ rapidly changing behaviors and tastes are driving innovation across the industry, and even changing physical store layouts and footprints. Stores are getting smaller, and the center aisles are shrinking, as consumers focus on the fresh perimeter. And yet, average weekly sales are on the rise. Kroger’s Chief Digital Officer, Yael Cosset, noted that consumers want more choice and, at the same time, want to spend less time shopping.

While meal kits are struggling to maintain subscribers, ready-made meal companies are showing up in stores, such as Albertsons’ acquisition of Plated, and Kroger’s Home Chef. These in-store partnerships allow customers to try new recipes and make healthy choices, all while enjoying the convenience factor without the subscription commitment.

Another consumer-driven trend: private label brands are hot. According Daymon’s Private Label Intelligence Report, 81 percent of shoppers are buying private brands on their shopping trips, and 53 percent of consumers shop at a specific retailer because of their private label offerings. And according to Cadent Consulting Group, Millennials are driving this trend. While the typical shopping cart is 25 percent private label, Millennials’ baskets are 32 percent. And while price and quality are key drivers for consumers to choose private label, retailers are also innovating to put out unique products that can only be found in their stores. 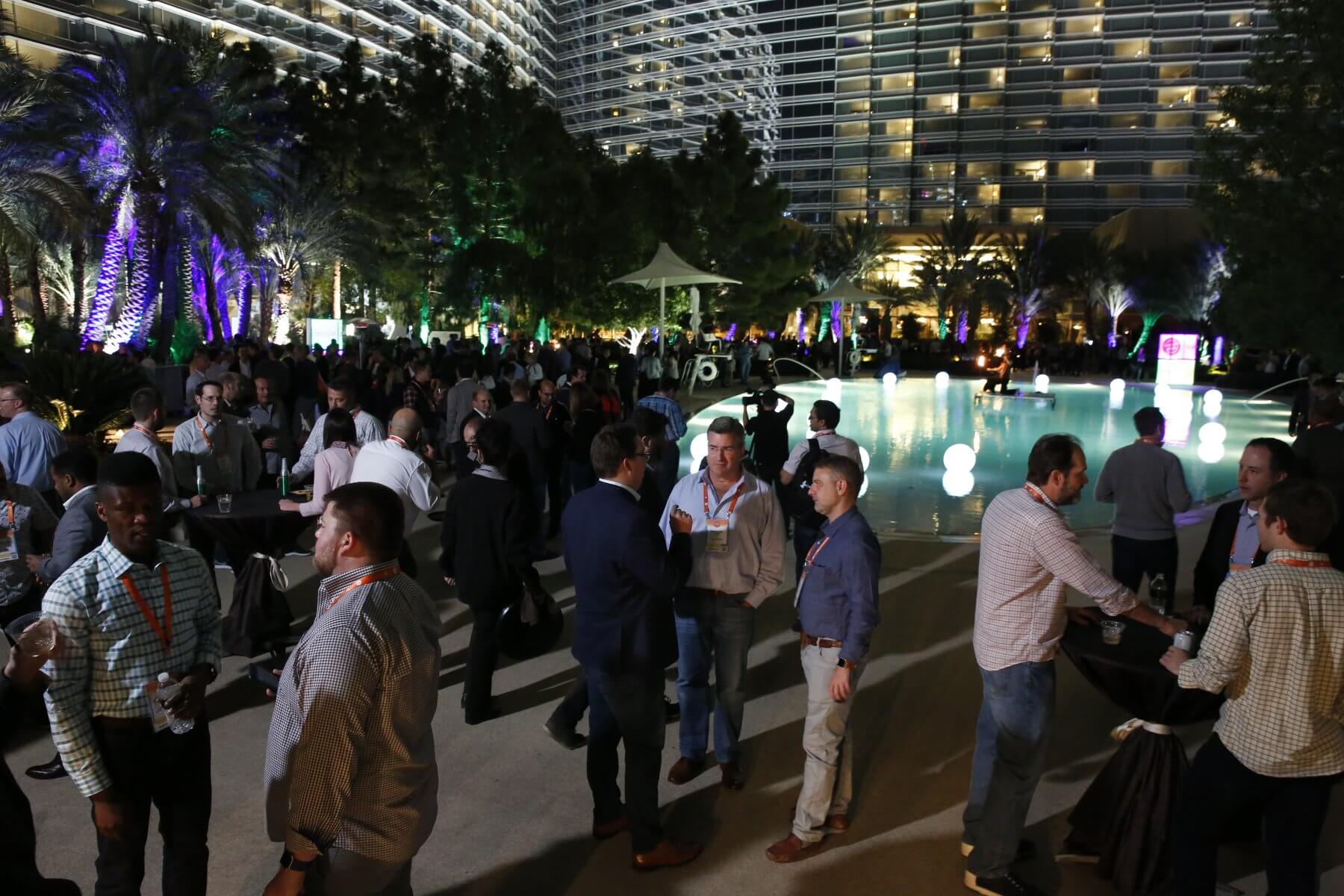 The Physical Store is Still Relevant

Groceryshop presenters made sure to drive home the point that as much as digital is the hot new trend in grocery, the age-old tradition of going to the market for food is not going away anytime soon. Supermarkets continue to fill the role of community centers, and stores can build loyalty by connecting with customers in engaging ways. For example, Vicki Eikelberger, SVP & Managing Director of branding agency Big Red Rooster said stores have a built-in opportunity to provide a multi-sensory experience. Stores can reduce friction for customers by curating shelf selection so that items are easy to find, and integrate mobile tools that improve store navigation. Retailers should also make sure that store employees are personable, helpful, and knowledgeable so that guests’ expectations are met.

“Most retailers think e-commerce will take customers out of their stores and they won’t come back. The reality is it’s a loyalty play that will get shoppers coming back to your stores over and over again.”