The Growth of the Internet of Things in 2017 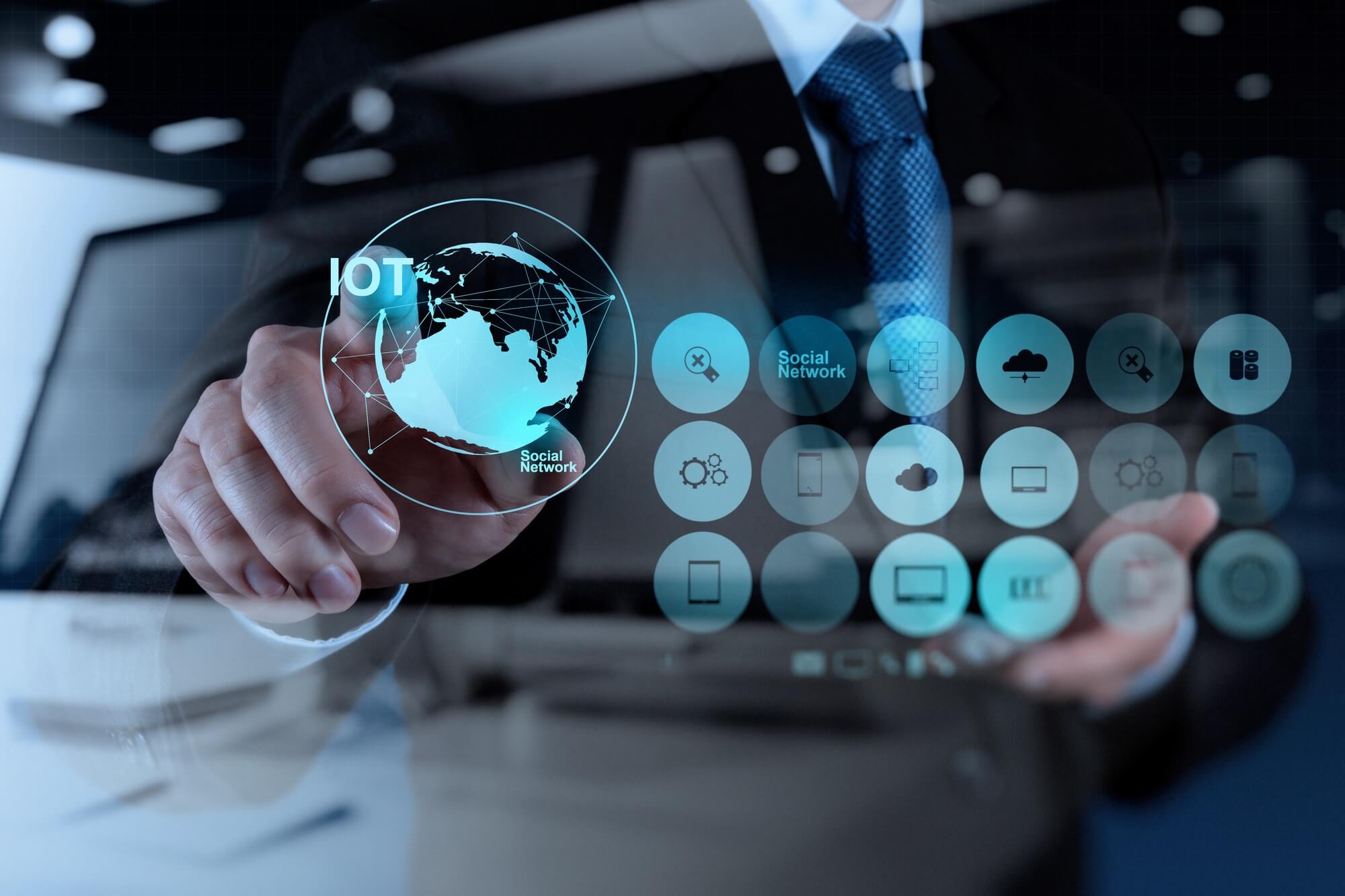 Last week we talked about trends we were seeing unfold with artificial intelligence. Although still in its very early infancy, AI is the trend to watch in 2017 as businesses look to incorporate the technology into their operations. This week we’re turning our attention to an emerging technology that’s a little further along on its growth curve, the Internet of Things (IoT). Numerous companies are applying the tech to real business problems and are already receiving returns on their investment. The Industrial Internet of Things (IIoT)is leading the way, but enterprise and consumer IoT products are catching up. In this post we will focus on enterprise and consumer IoT use cases. 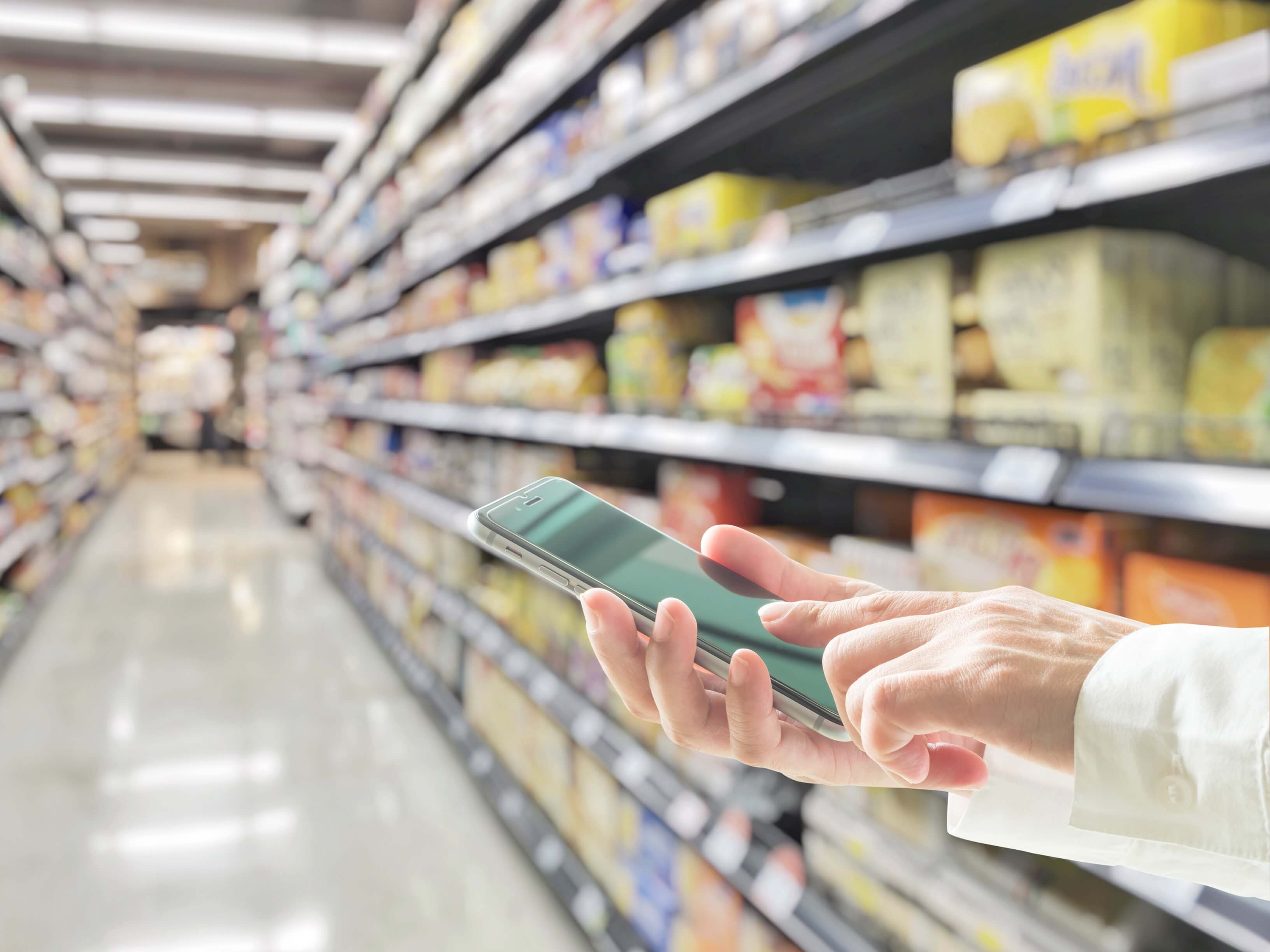 One of the industries poised to be transformed by the IoT is retail, and some of that transformation has already begun to take place and will continue throughout this year and beyond. As ecommerce continues to encroach upon sales of brick-and-mortar stores, retailers will need to augment their in-store experiences to compete, and many of them will turn to connected devices.

Data is the major value proposition the IoT has to offer retailers. The massive amounts of data collected through connected devices will provide retailers with deeper insights into understanding inefficiencies in their businesses and the desires of their customers. The potential of this technology has received a considerable amount of attention over the past few years, but it has had a slow adoption rate given its hype. However, now that the tech is maturing, several companies have begun to take their application of the IoT to the next level. According to a study conducted by Zebra Technologies, “70% of retail decision makers globally are ready to adopt the internet of things to improve customer experiences”.

Smart shelving technology is one way retailers have begun to do this. At Mission Data, we helped Kroger develop their EDGE Shelving solution, which augments store shelves with digital displays. It’s a fully-integrated IoT solution that can present pricing information, videos about the products, and other information to consumers in real-time. The EDGE shelves can also present store associates with an indication of what SKUs should be on the shelves and where they should be presented via messaging through a mobile app. The solution improves customer experiences as well as makes workflow for employees more frictionless. Although smart shelving is not a brand new concept among retailers, we will start to see a higher adoption rate as customer expectations for enhanced in-store experiences continue to rise. 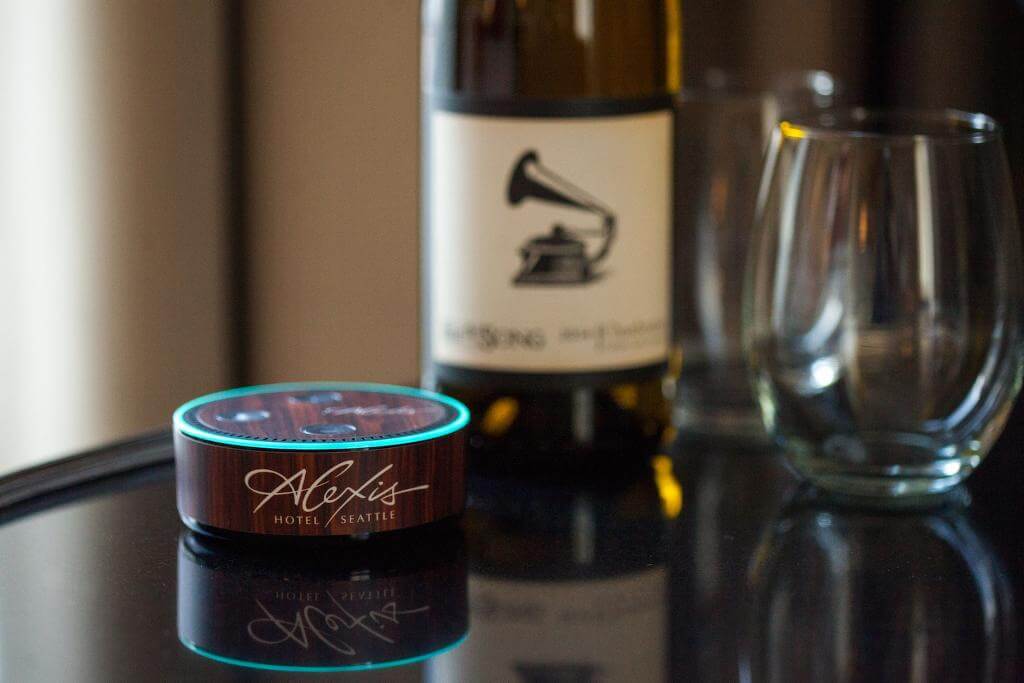 Another industry on the cusp of transforming customer experiences through the Internet of Things is hospitality. It appears that this transformation may take place in the form of voice interfaces. Amazon and Apple are battling it out to win this space. Whether it’s with Alexa or Siri, a connected hotel room will allow guests to turn on lights, change TV channels, and control the temperature, entertainment, or drapes with their voices. This application of the IoT will provide guests with a frictionless experience during their stay, and provide data to the hotel management to help them continue to improve guest experiences.

Connected devices can also provide hotels with valuable data to help them improve operational efficiency through building maintenance. For example, smart sensors attached to HVAC systems or elevators can capture usage data which can alert hotel maintenance staff when there is an issue. Eventually, once enough data has been collected, the staff will be able to catch maintenance issues before they occur, allowing the hotel to save significantly on emergency repair costs. 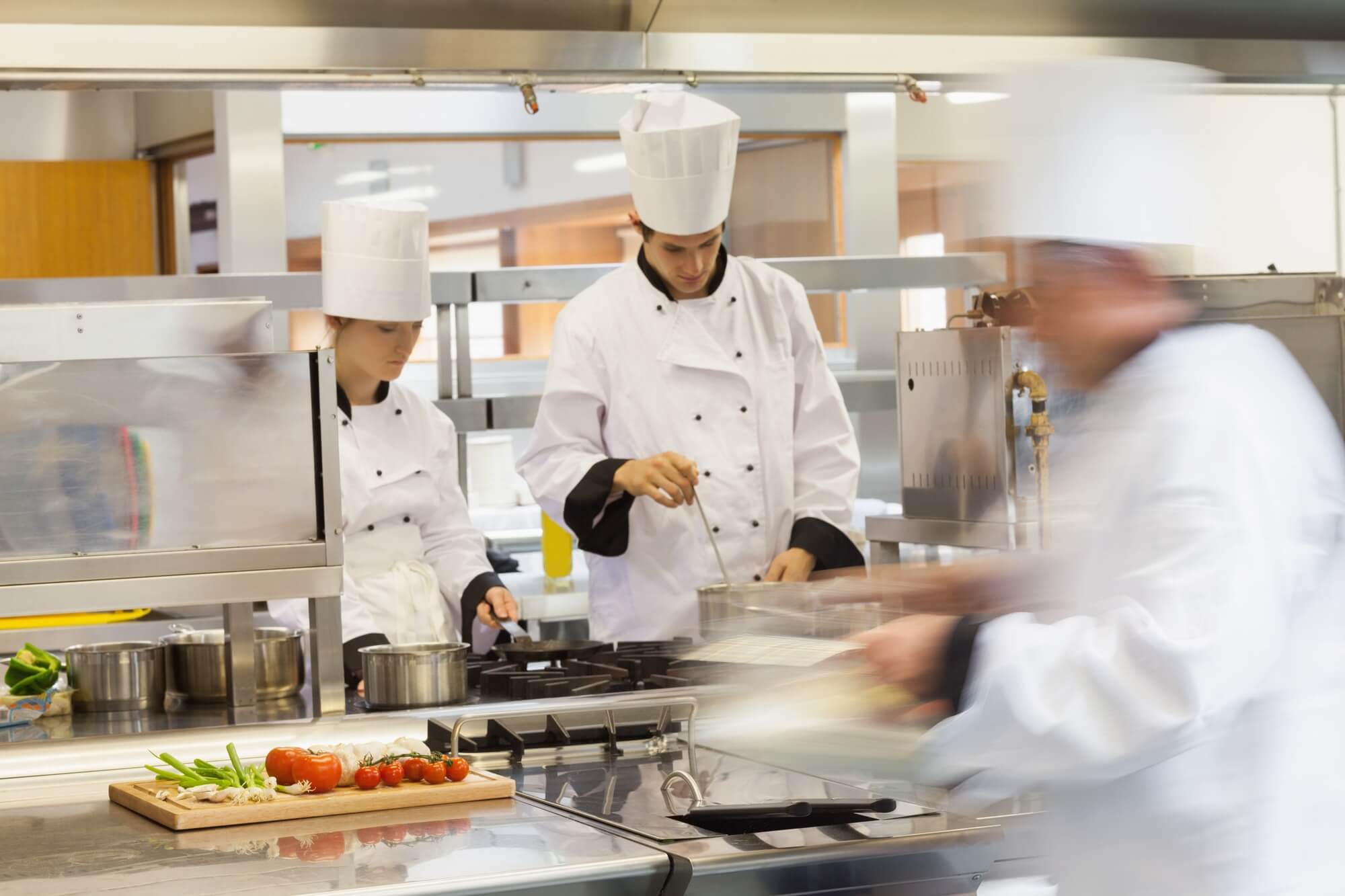 In 2011, President Obama signed the Food Safety Modernization Act which implemented  stringent regulatory policies to ensure food safety. The IoT is transforming how restaurants handle food safety and comply with these new standards. The Chipotle disaster of 2015 highlights the importance of food safety and why businesses in the foodservice industry should take FSMA seriously.

Mission Data developed a temperature monitoring solution to help a retail giant. The platform has been deployed in nearly 3,000 stores and is giving them a 5:1 ROI on operating expenses. We are now applying that solution to the restaurant industry.

Traditionally, restaurant employees had to periodically conduct temperature checks throughout the day to ensure that freezer temperatures were in compliance. These checks were done by hand. However, the IoT has made these mandatory temperature checks much easier. Our temperature monitoring solution places sensors in freezers, refrigerators, and cold storage and submits temperature readings to our cloud platform. When temperatures fall outside of the designated zones, the restaurant management is alerted and can assign an employee to remedy the situation

The solution collects the data and generates historical reports that allow managers to see if a freezer needs to be repaired or replaced before it becomes an emergency. The solution saves employees time to focus on other tasks, and ultimately saves the business in labor costs and potential repair costs. More importantly, business owners and managers can rest easy knowing that their food is safe and their business is in compliance. Sensor monitoring is just one of the ways the IoT is being used in the restaurant industry. 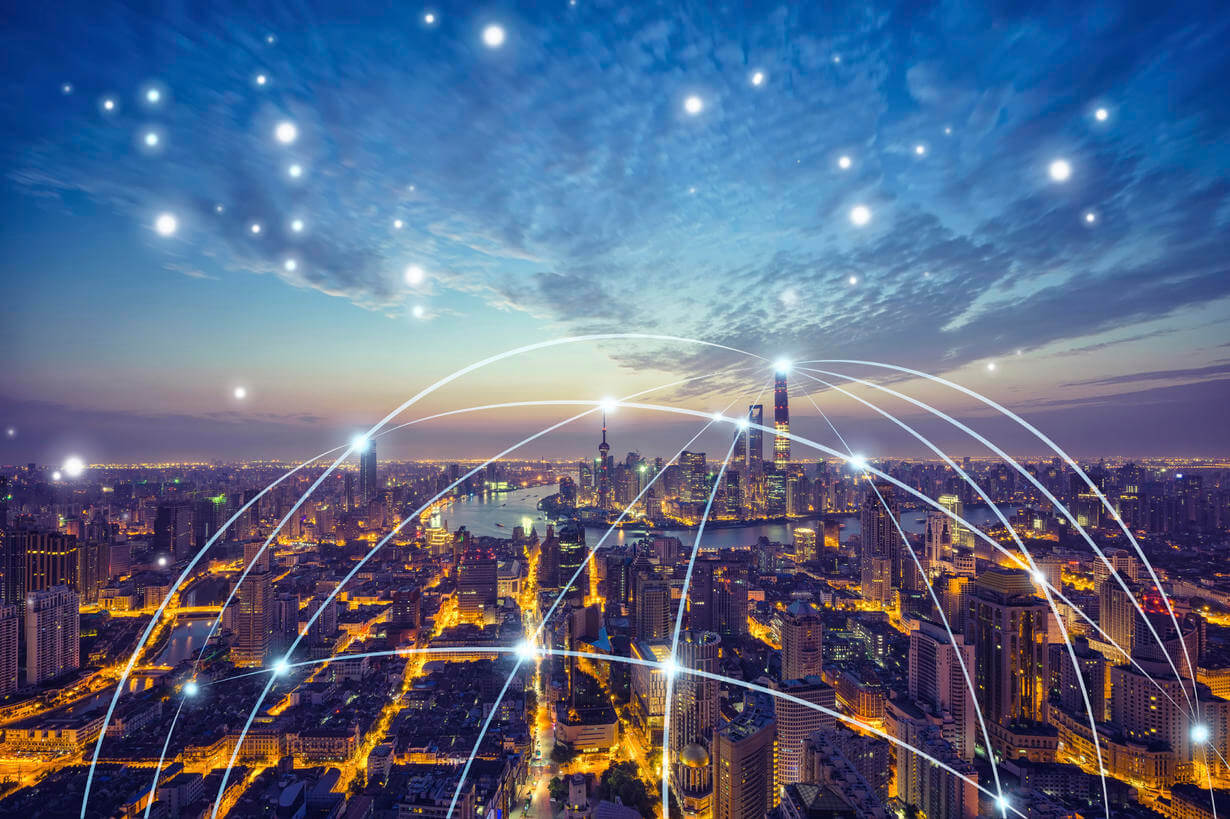 Smart cities were once thought to be a far off concept, but now thanks to the advancement of the IoT they are closer to becoming a reality. Municipal governments have been investing in smart technologies since the early part of this decade. Juniper research predicts that $15 billion will be spent on software for smart cities by 2021.

In the past few years, Singapore has been the frontrunner in terms of smart city development. Multitudes of sensors are placed throughout the city-state collecting data on buildings, people, traffic, and infrastructure. The city-state is currently finishing up development of a platform called Virtual Singapore, which will serve as an all-encompassing dashboard where officials can see massive amounts of real-time information about the city. Viewable data will include: energy usage of buildings, traffic conditions, public health (potential fevers), people smoking in unauthorized areas, weather conditions, and more. This might sound a little big brother-esque, but this data can help the government predict how inhabitants may react in the event of an emergency such as an explosion, disease outbreak, or the best route emergency vehicles can take to avoid congestion. As the IoT improves the data being collected will become even more effective.

At this year’s SXSW conference, officials from Manchester, UK presented their own vision for developing a smart city through a project called CityVerve. The project is a collaborative effort bringing together technologists and experts from a variety of industries in an effort to make Manchester a world leader for smart cities. CityVerve aims to become a blueprint for how smart cities can be developed to improve the lives of their inhabitants. They claim the focus of their project is not on ‘things’ and ‘data’ but on people. The project is still in its beginning stages, so it remains to be seen what it will ultimately become.

As mentioned earlier, the adoption of the IoT has been slower than anticipated. This is due in part because of the increased security risks that are associated with collecting and storing enormous amounts of data. Another issue slowing down the progression of the IoT is that it’s expensive to build an end-to-end IoT product. It is still a fractured a landscape which is evidence that we are still in the very early stages of this technology. However, as companies continue to actualize their return on investment, security becomes more robust, and the cost to developing solutions continues to fall, the adoption of the Internet of Things will pick up pace towards realizing the potential we have anticipated.