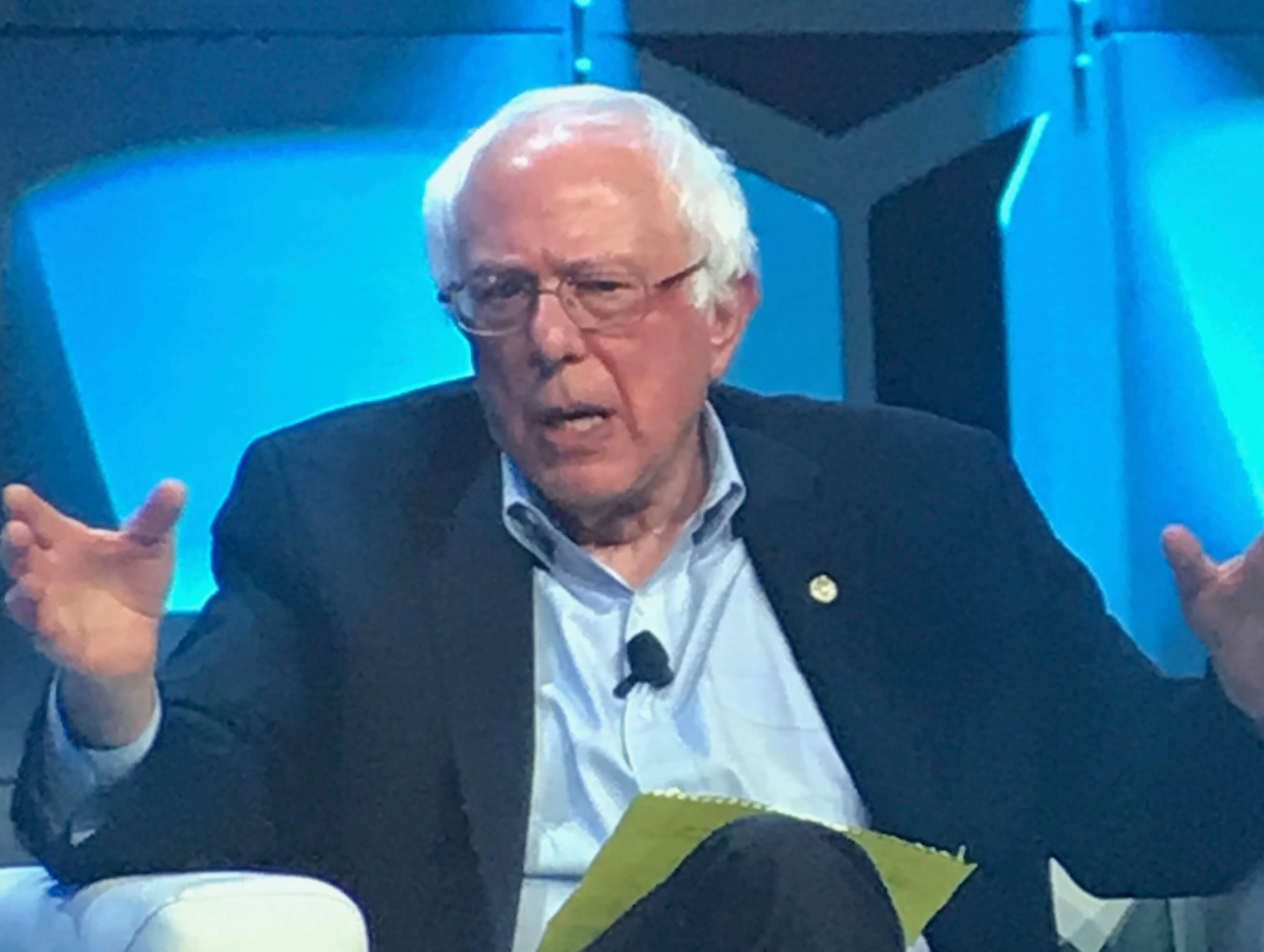 We’re in Austin for SXSW Interactive 2018, and we have a lot to discuss, from hearing Bernie Sanders to touching the sun. Let’s get to it.

Stu (Stu Gavurin, CEO):  Welcome back to SXSW, Todd and Carson. It seems like a fairly quiet first day. How’s it feel to you guys? What did you do and see?

Todd (Todd Budnikas, Creative Director): It was nice to ease back into things by starting at an 11am session that was pretty low key. It was an interesting discussion about trends and how they are predicted by those who do such things at large companies. I was able to take a few tidbits to think about how that could apply beyond the fashion world (where the talk focused).

Stu: Was there any science to what they did in making predictions? Anything that showed how accurate they were? 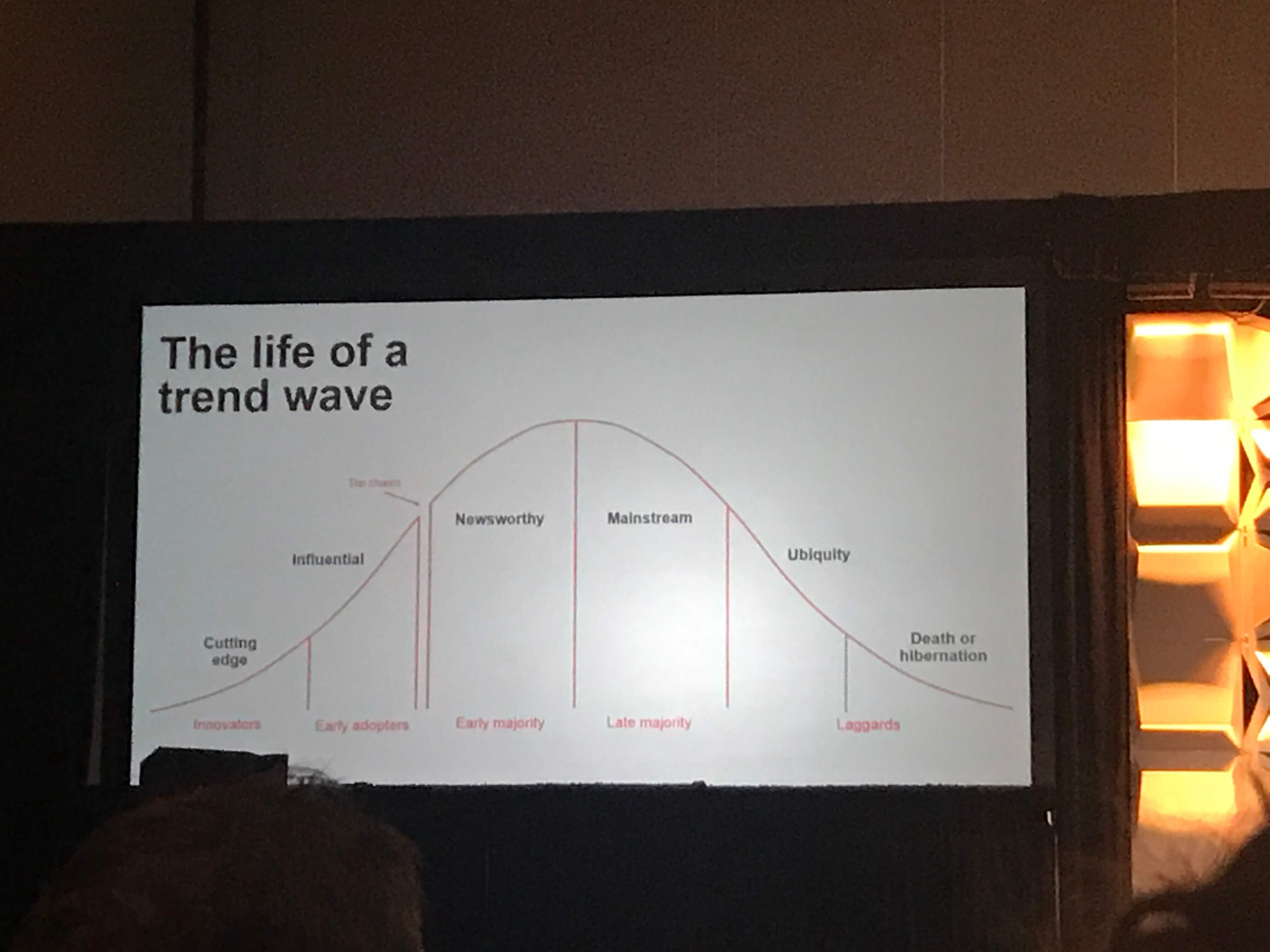 Todd: She touched on the importance of quantitative and qualitative data being key components to the process. They have huge teams that are out in the “field” trying to get a sense of what they see emerging. She mentioned that festivals were particularly telling. The woman speaking was from WGSN.

Stu: Would you follow WGSN in terms of their forecasting accuracy? Are they the FiveThirtyEight of trends?

Todd: Although they call themselves an analytics company, she didn’t discuss any level of accuracy. She tried to relate the concepts beyond the fashion world and got into cryptocurrency a bit. I would look into them as today was the first I’ve heard of them. That is one of my favorite things about SXSW — the exposure to people or companies I didn’t know existed who do things I didn’t know I needed to know about.

Stu: Did anything really surprise you?

Todd: Not really surprising, but I found it interesting that a single trend in one particular area can have dramatic effects on those around it. Her example (fashion again) was around a move from women’s flats to high heels. That not only changes the world of shoes, but also, for instance, styles of women’s pants to compliment the change in footwear.

Stu: Let’s stick with you Todd. Did you do anything after that?

Todd: Great, thanks Stu. I love hearing myself talk. I was able to hop right out of that room into a line that extended outside and down an entire floor for a conversation with Jake Tapper and Bernie Sanders. A bit of a Q&A in longer form than they usually get into on CNN. I find Bernie to be very engaging, open, and honest so although my takeaways weren’t huge, it was a great hour spent on day one.

Stu: Sounds like you watched CNN Live as Bernie is on with Jake. Let’s go with one thing you learned and we’ll move on.

Todd: We were able to check out the newest venue in town for SXSW Sessions, the Fairmont. As you navigate all across downtown Austin for SXSW it’s good to get familiar with what you might be in for when showing up at a brand new hotel with five floors of programming.

Enough about me. How about you, Stu? What did you get into today?

Stu: Carson and I got started together by hitting up a session with a scientist and engineer who are part of a major mission to study the sun by sending a specially designed and engineered spacecraft. There were a lot of fascinating aspects about it but the most intriguing that both presenters were women. Not at all shocking, but unusual for such.

Todd: I bet there was a lot of very interesting science stuff. Can you teach me all about the sun now?

Stu: I don’t want to go over all I learned in that presentation because it was fascinating and made me feel smart about science, space, and engineering. The big thing for me is that this mission to the sun was one of 12 major initiatives on space from the 1950s, but it took until now to have the tech to make it happen. The sun is hot after all.

Todd: What is the new tech that they are using now?

Stu: From a technology perspective, the project team used VR to practice assembling the spacecraft. Used it to learn where to step, where to reach, what connects to what. Kind of shows you smart space people are super creative.

Stu: The other thing I want to share is how they presented. It wasn’t the usual powerpoint slide thing. They had a video that ran from topic to topic. The scientist and engineer spoke as the video depicted graphics or live captured video. Hard to describe, but a great way of telling and showing a story.

Todd: That sounds heavy. Did you do anything to cleanse your palate?

Stu: We walked around and soaked up 70 degree weather and grabbed some food until we hit a couple of sessions in the afternoon.

Todd: Yeah, we both wound up in the 100% at capacity session “Developing for the Age of Digital Assistants.”

Stu:  Yup, 100% capacity on a session by Google which Googlesplained voice/speech assistants. Kind of weak, but I guess I learned a couple of things. Kind of tight seating though.

My view was that it was the very, very basics that you can read about on Medium. They pushed Dialogflow but not much more from me. Thoughts?

Todd: Well, I didn’t know about Dialogflow, so I thought that was pretty interesting. I have an idea for a “skill” and maybe that’d allow me to work it out without real programming knowledge. Otherwise I just found it interesting to hear about the process a company like Google uses to fine tune their software. I was somewhat surprised to hear they have actual people looking at logs to see what people do. Maybe I’m just always surprised by a human element at a giant like Google ¯_(ツ)_/¯

Carson (Carson McDonald, Vice President, Research & Development): I agree with all of that. Only difference is I went to something that was boring when Todd and Stu went to the Google thing and struggled not to fall asleep.

Carson with the Batmobile at DC’s popup.

Stu: This pretty much sums up a pretty relaxed day other than visiting a couple of Batmobiles at the DC popup. Tonight things will likely stay pretty mellow but tomorrow things will ramp as more “actors” try to promote tech brands and films. For me, I’m going to try to stick with the “futurist” sessions at the Fairmont. I don’t know if Todd or Carson have any specific plans other than dinner and drinks. Todd? Carson? Anything you’re planning?

Todd: I have zero plans for tomorrow. I like to get a lay of the land over breakfast which likely isn’t the smartest way to do things but that’s just how I roll.