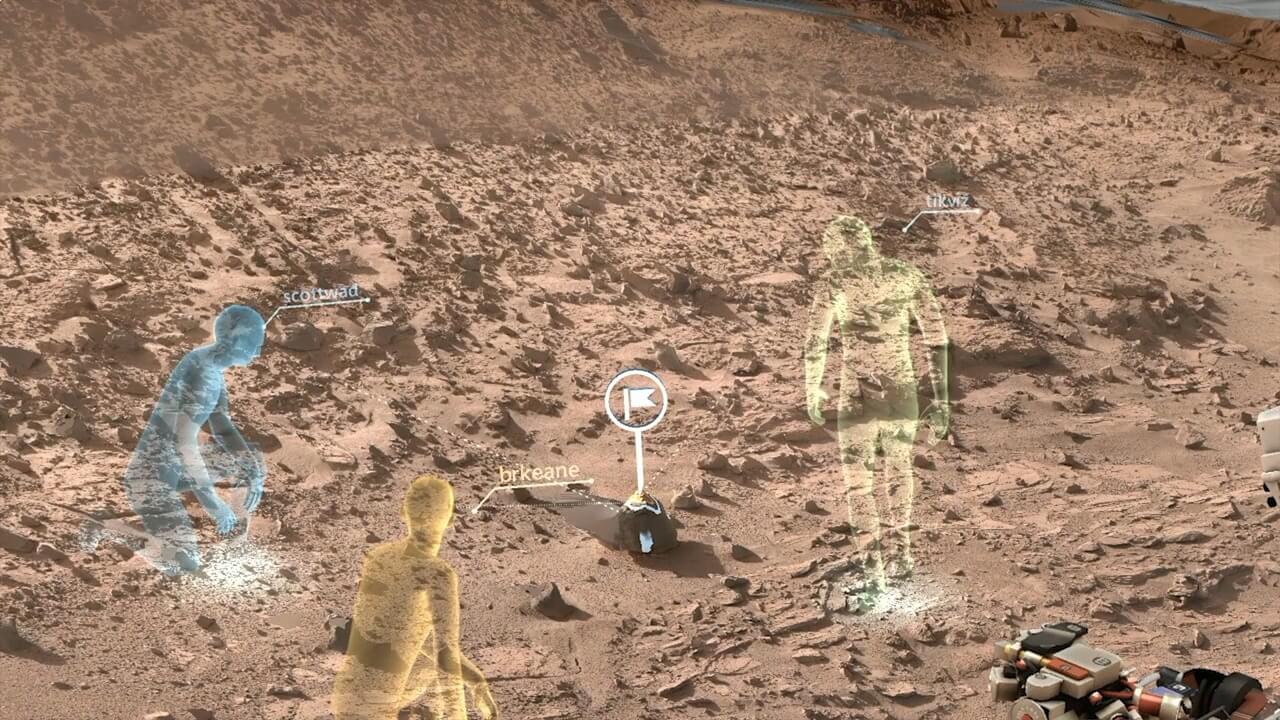 NASA scientists are working virtually on Mars with HoloLens technology.

For our final day of SXSW Interactive 2018, we discovered how augmented reality is bringing restaurant tables to life and allowing remote missions to Mars. We even spotted a hobbit in the wild.

Stu: I’m going to show appreciation for the Editor of this blog for clarifying that Sony’s a(i)r hockey stands for augmented reality and not artificial intelligence, as I incorrectly stated in our last blog post. I am grateful that she made sure that the blog post had factual integrity while not altering the fact that I was in error. We’re a transparent organization. [Editor: Just doing my best to fight the fake news epidemic.]

Then there were two. As in Carson and Stu. We missed Todd today as we took in a final full day of SXSW Interactive Festival 2018. Unlike other days, we didn’t really split up for any appreciable amount of time, taking in sessions that touched AR, Blockchain, and cool NASA stuff. Yes, we had to bookend the whole experience with a NASA presentation which was worth it.

Carson also had a movie star sighting that I’ll let him share. Actually, Carson why don’t you jump in first with our star sighting and maybe discuss one of the highlights of the day from your perspective.

Carson: Yeah it was funny, but out of the blue we saw Elijah Wood apparently trying to dodge a couple people who wanted to talk to him. That was later in the day, so let’s rewind to the start of the day when we attended the “Sizzle: VR/AR for Cuisine, Content, and Commerce” session. The highlight of that panel discussion for me was the Lampix device that can project an interactive display onto a table from above where it doubles as a lamp. It is good to remember that AR isn’t limited to glasses you wear. I also attended “Interactive Light: Projection Based Interfaces” earlier in the week where I got to see a similar projection-based AR platform from Lightform. The minaturation of laser-based projectors seems to be making this AR option more appealing. 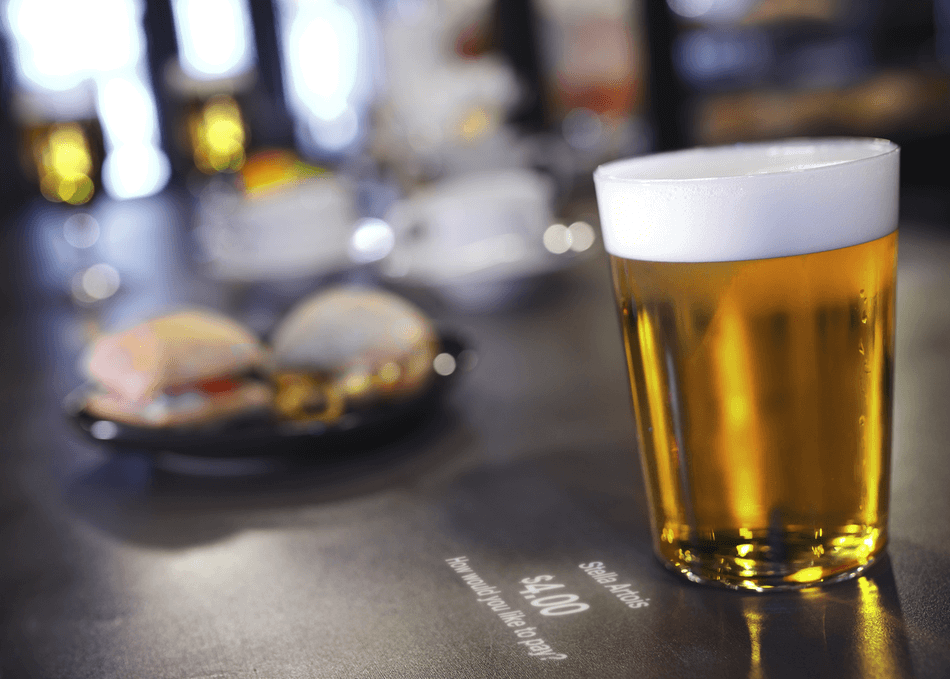 Stu: It seems that Elijah Wood has more than Orcs to fight. The cuisine discussion did have the value of reminding me that AR is more than wearing a HoloLens or glasses with earpieces. I liked that part of the presentation, but very little else. I’ll likely check out Lampix after I get back though.

Carson: Stu, do you want to discuss either of the other two sessions we saw: Blockchain &The Crisis in Healthcare or NASA’s Universe of Storytelling Tools?

Stu: The blockchain discussion was not great. The moderator didn’t as much moderate as he judged his fellow panelists as to whether he thought their ideas were valid. I did learn a lot about the issues facing healthcare and areas where blockchain might be a tool that can support a solution.

I won’t dwell on most of the discussion, but the panelists believe the blockchain can be used to improve coordination of payments, support getting the information needed to show that consent was granted, and verify that vaccines were administered without all the hassles of searching every provider or the individual’s own documents for medical history.

Carson: I feel like the healthcare on the blockchain panel was reaching hard for a way to say more than that blockchain can be used as a tool. There are probably technical details that they could have dove into to provide more information but they never got that deep. I appreciate you letting me start the discussion on the NASA session. The thing that stood out the most to me on that session was the way they reiterated that one of the parts of their mission as an organization is to make sure the work they do is publicized and that all the data is available for everyone to use in an unmodified form. Some of the work they displayed was based on that data being available and was quite impressive.

Stu: You’re welcome Carson. I thought you were going to go into the use of Microsoft’s Hololens for the support of mission operations. I found that the most exciting aspect of an incredibly energetic and visually exciting session.

NASA at JPL has developed an AR-based solution for its scientists and engineers to collaborate. Basically, they all wear a HoloLens and view what the Mars rover is “seeing” at that moment (yeah, don’t worry about signal delay right now). They are able to move their heads and change their position to get a sense of what is nearby to what they are viewing. This can be a rock, soil, or even a new location in the distance. They then communicate orally and by pointing to images to collaborate with one another as to what the rove should do next. Perhaps it should laser-zap a rock, or move another five feet down the path.

The video of the scientists all moving and gesturing was engaging. Apparently, these researchers are all in different places on Earth, yet in the exact same spot on Mars. 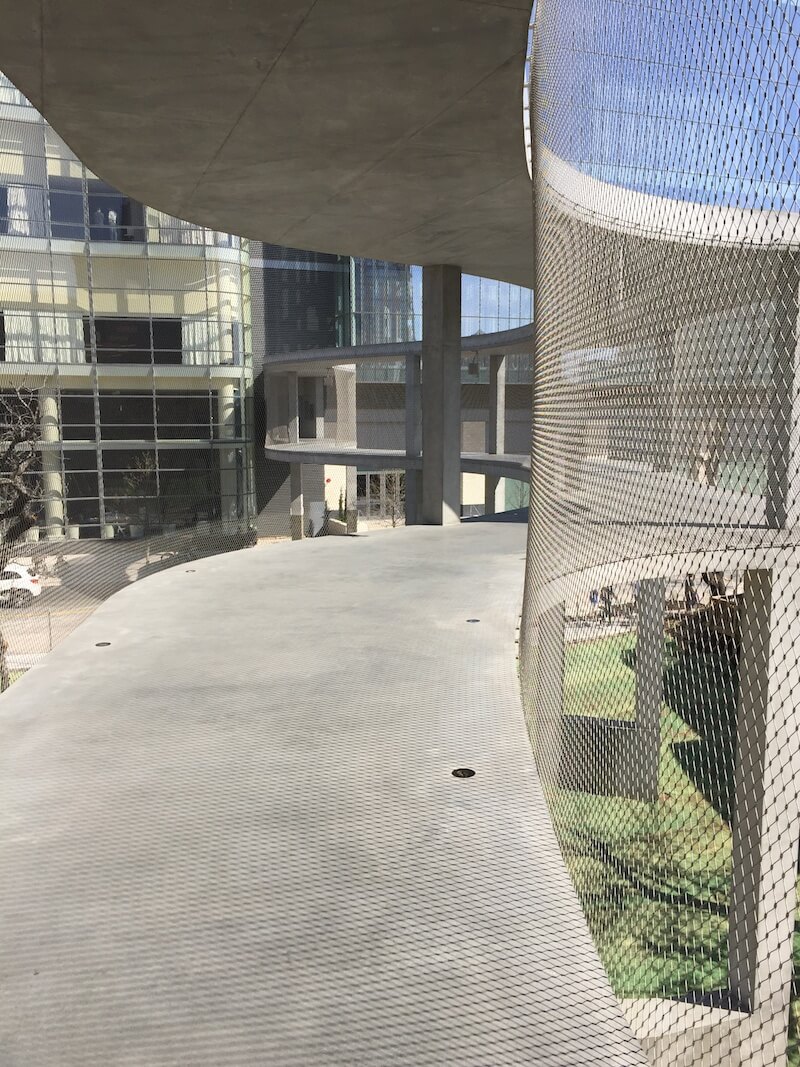 Tomorrow Carson and I head back to the cold last days of winter out east. So, besides sessions, we did have a nice day in Austin, and took a bit of walk to enjoy the weather. I also took this photo on the walking bridge that connects the convention center to the new Fairmont hotel above Red River Street. It was interesting in that the bridge is curvy and the mesh is so fine you feel as if you might fall off unless you stay in the center. Anyway, just a fun bridge.

You’ll hear more from us in the next couple of weeks, but I will end this mini-journal of SXSW by saying that the experience was great this year. Definitely among my top three. Thanks to all for following us.