Our team reports an influx of scooters, corporate innovation, and few surprises 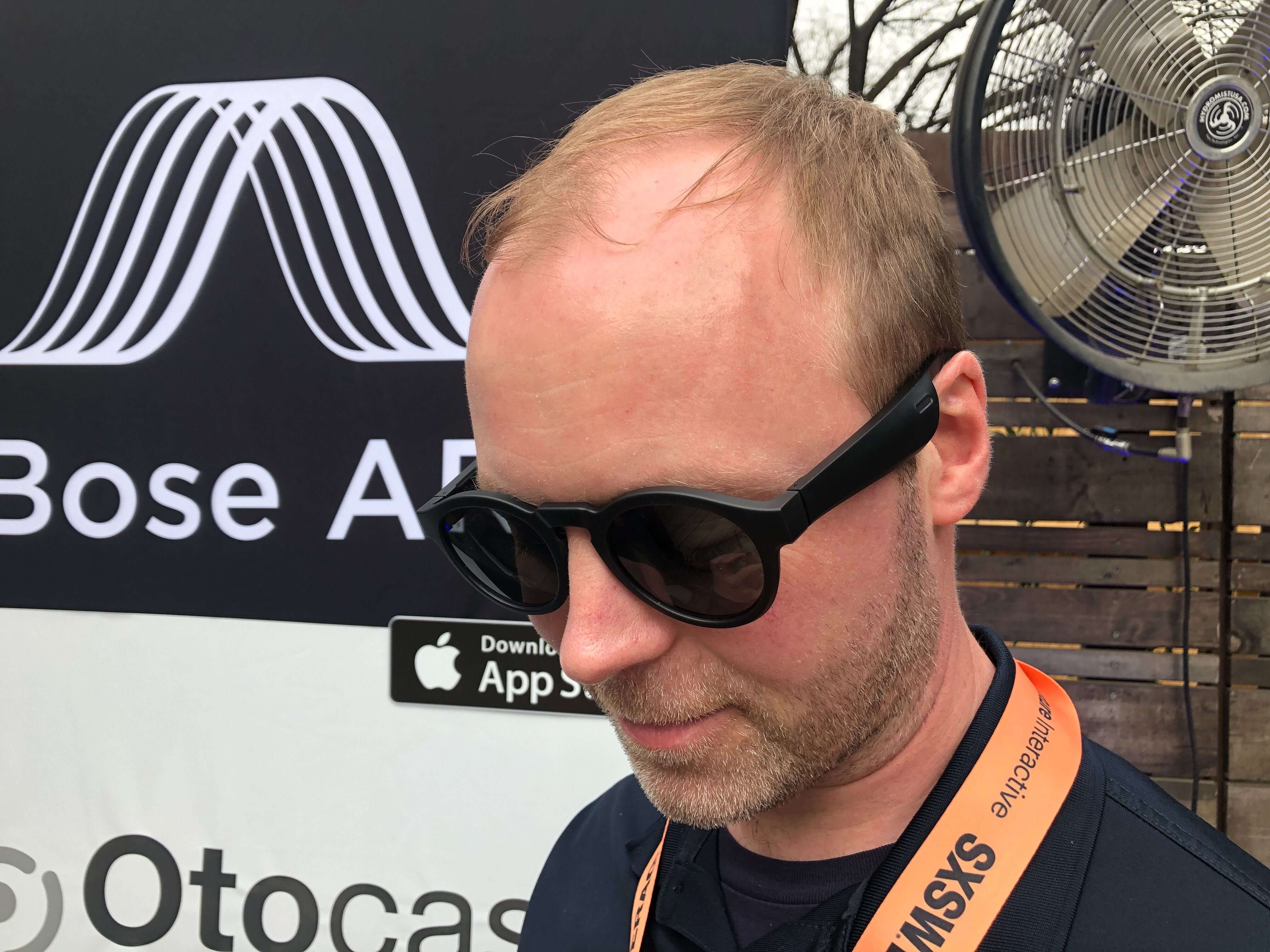 Checking out Bose Frames’ audio AR experience with our client Otocast was bright spot at SXSW 2019.

Members of the Mission Data team have attended the annual South by Southwest (SXSW) conference for over a decade now. Each spring, we head to Austin to see which industry trends have gone mainstream, and learn where emerging tech might be heading.

Although our team found this year’s conference underwhelming and overrun with scooters, they did enjoy connecting with colleagues and taking in some dancing robots. As a bonus, one of our clients, Otocast, presented their mobile audio tour guides with Bose’s new audio AR sunglasses, Bose Frames.

Now that the dust has settled, we caught up with team members Carson McDonald and Todd Budnikas and asked them to fill us in on what went down.

How did this year’s event compare to years past?

Todd: The trend seems to be it is harder and harder for people like me to get a ton of value out of SXSW. The focus seems to be more on content than ever before. Be that VR, AR, MR, or “for your brand.” There seems to be less and less of the how and where things are headed in the future and too much on how to deal with “right now.”

I’d also say there seemed to be far fewer people around but that didn’t stop sessions, panels and workshops from being full in record time.

Carson: The activations this year felt a little less like showplaces this year and a little more random. For instance the Google Fiber display was a sustainable marketplace so it wasn’t clear what the connection was exactly. 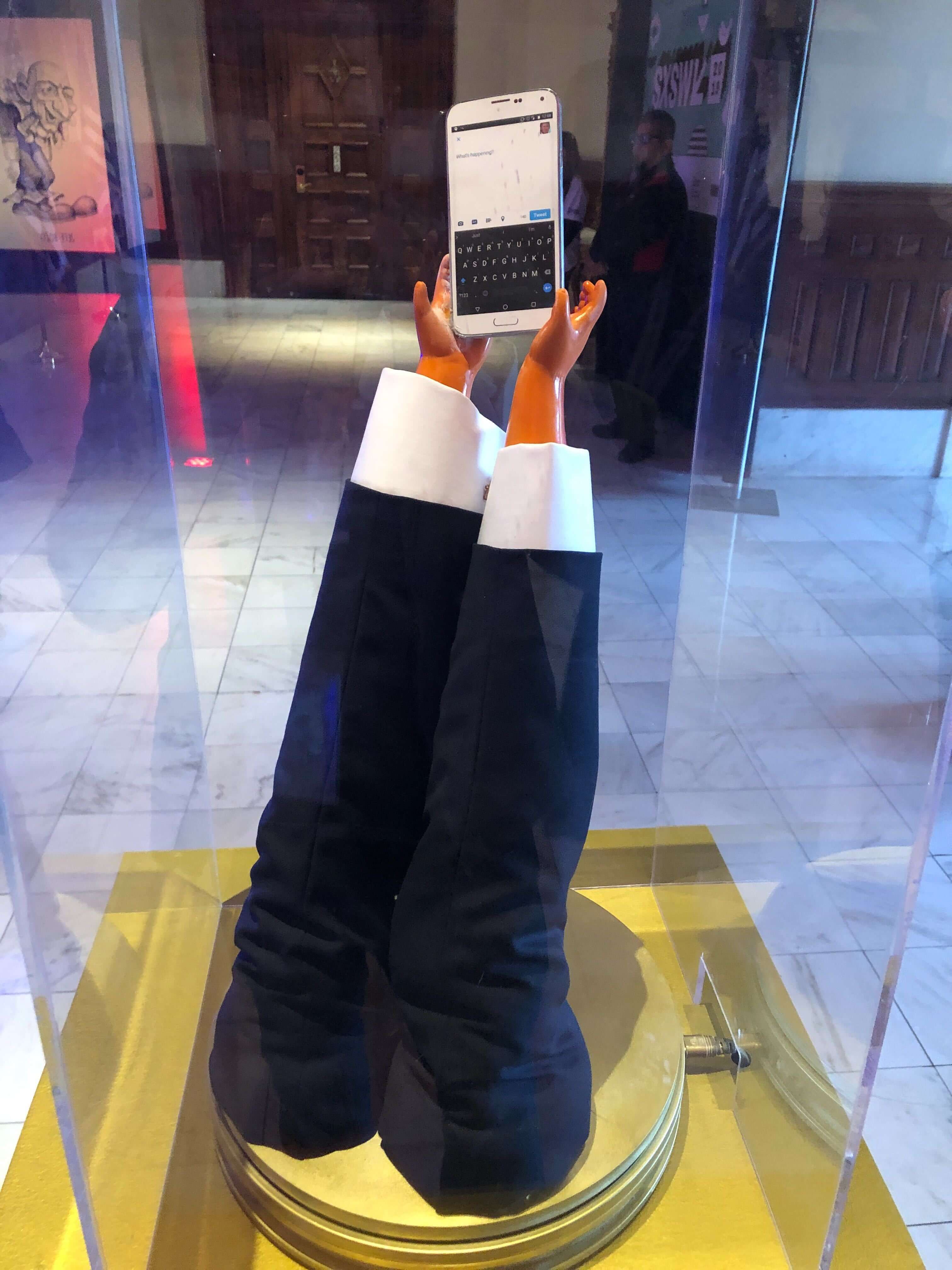 How much did the current political climate factor into the conference? Did you see any presidential candidates?

Todd: I didn’t feel that the current political climate had much impact on what I experienced. I did enjoy “The Daily Show with Trevor Noah Presents: The Donald J. Trump Presidential Twitter Library” at The Driskill Hotel.

Were there any breakthrough concepts, products, or companies that impressed you?

Carson: Not really. This year felt less about breakthroughs and more about scooters.

Todd: I tend to be most impressed with academia more than companies. Students and professors seem to be doing some of the more interesting things that I didn’t even know were possible (such as shape-shifting materials.) Frog Design continue to have a strong presence at SXSW and had an interesting solo discussion about designing for Autonomous Vehicles. There were also a few companies dealing with prolonging life and cryogenics which I suspect will continue to grow in popularity.

At Mission Data, we’ve been focusing on the Internet of Things and operational/supply chain visibility. Did you see anything fitting into that theme?

Carson: There were a number of large companies that spoke about their work towards digital transformation, but that is somewhat generic, and they didn’t go into real details about what they were doing. There was a session on blockchain and the food chain that I attended but it wasn’t all that notable because it was a lot of conceptual conversation and no actual implementation.

For the past few years, AI has ruled the programming — was that the case again this year?

Todd: Yes, it was the case again, but I don’t think I’m learning anything new. The same goes with AR/VR. There are examples of what people are doing that are interesting but nothing that seemed to directly translate into new thinking or revolutionary directions. 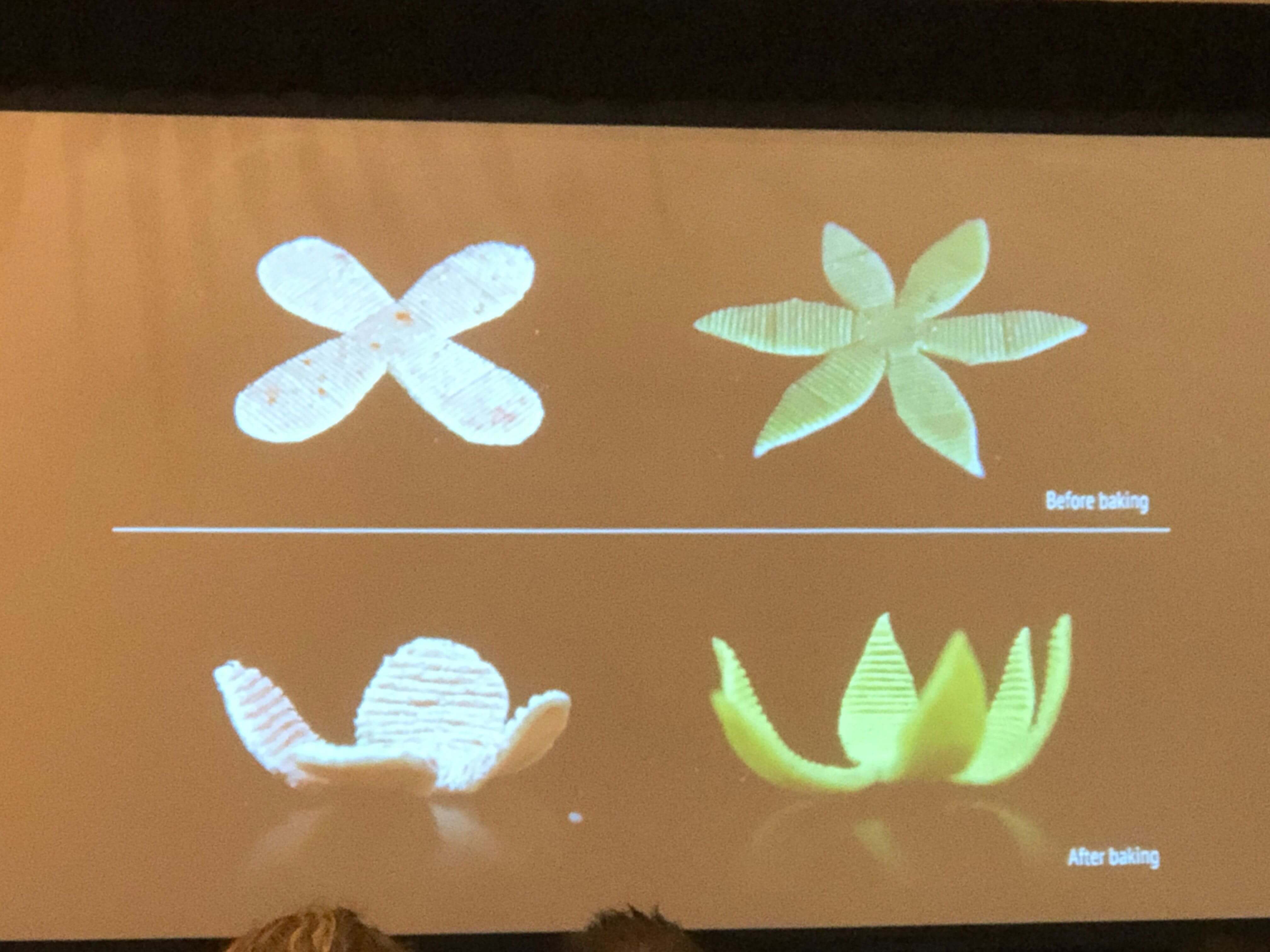 Slide from: Morphing into the Future: “Shapeshifter” Materials.

What were some of the best sessions you attended?

Carson: I think the session on shape shifting material was probably one of the best I attended, although it was a nonstop hour of the speaker talking. I also enjoyed The Successful Corporate Innovation Playbook session with some big companies talking about their innovation initiatives. I felt like Comcast stood out in that session as really putting a lot of effort into what they are doing.

Todd: Let AI Hear What’s Going On: Machine Listening was about moving beyond speech recognition and listening to the world around us to interpret sounds beyond the human voice to improve automation and user experience. Alternative Proteins: Not Just Another Tech Revolution was an incredibly lively panel and engaged audience about a topic I find particularly interesting and important to the health of our planet. I learned quite a bit about the history of the industry and where it is headed.

What were some of the biggest takeaways that might have a real-life impact on your work and your view of the industry?

Carson: Some larger companies are starting to find their way on the innovation front, even if by brute force. There is some cool technology coming out of companies like Bose with audio AR glasses that I don’t think most people would expect them to lead in. People really like to talk about blockchain and cryptocurrency, but have very little in the way of showing how it is any better than alternatives.

Todd: My biggest takeaway is that nobody is talking about user experience in the form of user interfaces. They are talking about “experiences” which take various forms, most of which require less and less human involvement.

The stuff Bose is doing with audio Augmented Reality frames has some interesting potential. The fact that they are focused on audio rather than visual is an interesting twist. I think that could open up some interesting opportunities for companies.

How many scooter companies did you see?

Carson: There had to be at least 7 or 8. The sidewalks were littered with scooters and there were plenty of close calls where I almost witnessed someone fall on their face or get run over.

Checking out @lgusa’s activation at #SXSW, where the future of home assistants can recognize emotional state – like wanting to party #lg #lgusa #sxsw2019

Ok, now tell us about the fun stuff. Any good food or drinks? Any parties or music worth mentioning?

Todd: Austin is full of good food and drinks. We hit up our regular spots: The Driskill, Moonshine, Iron Works BBQ, Bangers, and Stubbs. The Bose House had some really good drinks. There was a house taken over by Audible promoting a new Audible original book due out soon with Kate McKinnon, Peter Dinklage, and other famous people. The whole place was made up to be medieval including turkey legs, a stockade, everyone dressed up, and getting your free drink with a heavily-weighted coin. And the LG House had a reasonable amount of IoT showcased like their personal assistant robots.