The District’s innovation economy is poised for growth 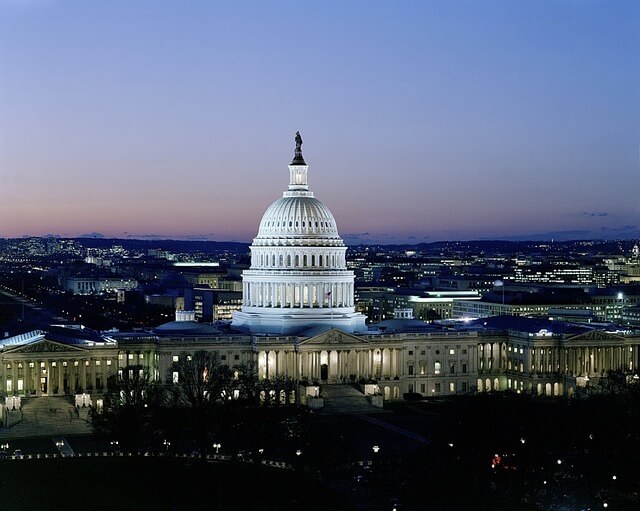 Mission Data has a DC office in addition to our Louisville headquarters, and it turns out we’re in good company as a tech firm in the DMV. Boosted by the news that tech giant Amazon is moving its HQ2 to Northern Virginia, the Greater DC region is an exciting place to be for tech professionals.

The District was recently named the third most innovation-friendly environment by WalletHub, which found its concentration of STEM professionals, research and development spending, share of technologies, venture capital, internet speed, and tax friendliness among the highest in the nation. Furthermore, a separate WalletHub study found DC the top city for millennials to thrive.

With so much hype and excitement surrounding Amazon’s arrival to #dctech, we decided to take a look at the state of the scene in 2019:

According to a report by Robert Half, a staffing agency, 73 percent of DC tech businesses plan to expand their teams this year. Some of the top skills in immediate demand include cybersecurity, cloud-related technology, and business intelligence. One major cause for concern with Amazon’s plans for HQ2 in Arlington, VA, is that the region has far more unfilled tech jobs than qualified workers — a gap that is larger than national averages. With New York-based Yext bringing 500 jobs to DC, and tech giants such as Google, Apple, Facebook, and Twitter already in the area, the competition for talented tech workers is expected to intensify.

Software Engineer salaries have continued to stay competitive in the larger U.S. market. In 2017, the annual average salary for a DC metro software engineer was $101,741 while the national mean average was $87,530. Amazon is expected to bring 25,000 jobs to the region with an average salary of $150,000.

Another vibrant job market in DC is cybersecurity, which Indeed says is the number-one in demand job skill for local tech companies, the federal government, and associated contractors. As of 2017, cyber job openings were already up 74 percent, and unfilled openings in the U.S. alone grew to well over 500,000.

To help fill the jobs gap, Virginia Governor Ralph Northam has announced a statewide commitment to double the number of computer science graduates in a region that is home to world class colleges and universities. As part of its incentives to lure Amazon HQ, Virginia has committed more than $1 billion toward infrastructure improvements in the area and a new innovation campus for Virginia Tech to help feed talent for Amazon and other companies in the region. The campus will mainly focus on supporting graduate degree programs and research opportunities in computer science and software engineering in high-demand areas, including data sciences, analytics, security, the Internet of Things, and technology and policy.

In addition, George Mason University plans to open a new School of Computing and the Institute for Digital InnovAtion in a new 400,000-square-foot building planned for the university’s Arlington campus.

DC already sits at the center of the densest concentration of federally funded R&D in perhaps the entire world. Federal research labs are producing cutting-edge technologies for government use, but many of these inventions have broader potential applications. These labs are a rich source of potential new business opportunities for entrepreneurs seeking to expand their product offerings.

Startups on the Rise

Washington’s biggest buyer of tech is the federal government, but the face of DC innovation is diversifying and changing. The District just had a record year (2018) for venture capital investment since the dotcom bubble in 2000, with large acquisitions by companies such as FiscalNote and Cvent. DC raised $2.34 billion in total venture capital in 2018, according to a PwC report, and followed the national trend of fewer, but bigger deals.

Greater Washington also has the second-highest number of high-growth companies per capita at 5.9 per 100,000 people. High-growth companies are Inc. 5000 firms with at least $2 million in annual revenue and 20 percent year-over-year growth for three years in 2017 and 2018.

DC is known for one of the most inclusive tech ecosystems in the country. Compared to other markets, DC female tech founders are receiving the highest share of VC funding going toward women. While disparities continue, there are a number of organizations working to make VC funding more accessible, including the District’s own DC Inclusive Innovation Fund which will invest in early-stage businesses led by underrepresented entrepreneurs.

There are several groups in DC focused on diversity and inclusion, such as Beacon DC, Black Girls Code, Black Female Founders, the Inclusive Innovation Incubator (In3) at Howard University, Black Girl Ventures, and DCFemTech, just to name a few.

Although DC is already a top U.S. tech hub in its own right, Amazon’s arrival could be a coming-of-age point for the regional tech scene to grow its reputation even more beyond federal tech and into more consumer-facing operations. As the region continues to awaken its innovative capabilities, its culturally vibrant and diverse tech community is poised to flourish.